The Difference Between Regulation A and Other Capital Raise Options 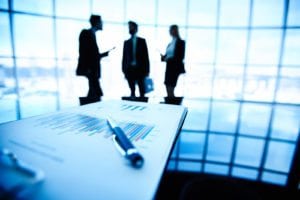 The JOBS Act of 2012 created and revised various methods for small and emerging companies to raise capital. Regulation A (Reg A), just one of several exemptions companies can take from registering their securities with the SEC, was completely overhauled. The updated Reg A, sometimes called “Reg A+,” was split into two tiers and allowed for significantly higher raises (up to $20 million with Tier 1 and up to $50 million with Tier 2) and more flexibility around how and to whom securities can be marketed.

Reg A falls into a middle ground between private capital raise options like Regulation D, and public options like an IPO, but presents its own unique benefits to issuers.

Two major benefits to Reg D over Reg A are the ability to raise capital without a maximum limitation and the eligibility of SEC-registered companies to participate in the exemption. Reg A is limited to U.S. and Canadian companies that have not previously registered with the SEC. Although, that may be changing soon.

It is a common misconception that because Reg A is marketable to any and all investors, it is crowdfunding. However, there are some significant differences between Reg A and true crowdfunding under Regulation CF. Because of the lower capital raise limit, companies utilizing Reg CF tend to have lower valuations and be in earlier developmental phases. Reg A is for more established companies looking to use the capital for growth. Regulation CF also requires that the offering be listed on a registered funding portal. Acceptance into these portals can be highly competitive, with some accepting as few as 1% of applicants. No such requirements exist for Reg A offerings, though some portals do exist to help with listing and subscription, as does the option to list on national stock exchanges such as OTC, NASDAQ, and NYSE.

Regulation A vs IPO

Though Reg A is an exemption from federal registration requirements like private capital raise exemptions Regulation D and CF, Reg A actually has more in common with a traditional IPO. Because it is open to all investors and because in some cases securities can even be resold or traded, Reg A offerings are considered public offerings.

A traditional IPO is designed for large companies with the capital needed to cover the legal and accounting costs associated with going public. Reg A opens up the door for smaller companies to do the same, including the ability to list Tier 2 offerings on securities exchanges like NASDAQ or NYSE or even OTC. For this reason, a Tier 2 offering is sometimes called a “Mini-IPO.”

Similar to an IPO, a Reg A offering can act as a liquidity event for earlier stage investors. This “secondary sales” process allows for up to 30 percent of the securities sold during a raise to come from current security holders.

Unique aspects of a Reg A deal:

Not all Reg A issuers list their offerings on exchanges, but for those that have sufficient resources to accommodate the extra costs and administrative burden, it can serve as an effective means to gain more market exposure.

Generally, Reg A offerings advance through the “regulatory pipeline” faster than standard IPOs. The SEC has estimated that Reg A deals historically take an average of 78 days to be approved.

This is an advantage as traditional IPOs may take 90 to 180 days to be approved and can carry significant costs. Listing with Reg A can result in a shortened timeline for Reg A offerings, as well as lower upfront costs and legal fees. However that is not to say that listing through Reg A is inexpensive. To be listed on stock exchanges, additional SEC reporting requirements, such as registering as an Exchange Act reporting company, must be complied with, which may result in increased costs.

Many small or emerging businesses involved in Reg A offerings have successfully raised funds without listing on any major stock exchanges, keeping costs low. But, the lack of a trading market will likely increase the difficulty for current shareholders of these companies to sell their shares in the future. Listing on an exchange may help attract investors that are looking for a more liquid investment than is offered by non-traded securities.

We are NOT your stereotypical law firm. We don’t believe in simply taking your money, handing you a stack of technical, often-incomprehensible legal documents and then bidding you good luck and good-bye. At Syndication Attorneys PLLC, we are committed to your success – not just with the project at hand, but your continuing success in business and investing. We are your long-term legal team.

Should You Really Start a Fund?

We get potential clients who reach out to us every week who want to start a fund. While we could simply take their money and set them up with fund offering documents, we actually talk a lot of people out of doing a fund. Why? Because they don’t have the necessary...

How do I Create a Substantive Relationship?

Question: If I am doing a 506(b) offering, do I still need a pre-existing substantive relationship before I can solicit from an Accredited Investor (AI)?  If “yes,” is there still any waiting period after I get that Accredited Investor to sign a document attesting to...

What is Real Estate Syndication?

If you have a self-directed IRA or substantial investment funds, you probably have considered investing in real estate. But perhaps you have concluded that you lack the funds to invest on your own. Or maybe you simply don’t want to deal with the hassles of property...

Schedule a Consultation
We use cookies on our website to give you the most relevant experience by remembering your preferences and repeat visits. By clicking “Accept”, you consent to the use of ALL the cookies.
Do not sell my personal information.
Cookie SettingsAccept
Manage consent

This website uses cookies to improve your experience while you navigate through the website. Out of these, the cookies that are categorized as necessary are stored on your browser as they are essential for the working of basic functionalities of the website. We also use third-party cookies that help us analyze and understand how you use this website. These cookies will be stored in your browser only with your consent. You also have the option to opt-out of these cookies. But opting out of some of these cookies may affect your browsing experience.
Necessary Always Enabled
Necessary cookies are absolutely essential for the website to function properly. These cookies ensure basic functionalities and security features of the website, anonymously.
Functional
Functional cookies help to perform certain functionalities like sharing the content of the website on social media platforms, collect feedbacks, and other third-party features.
Performance
Performance cookies are used to understand and analyze the key performance indexes of the website which helps in delivering a better user experience for the visitors.
Analytics
Analytical cookies are used to understand how visitors interact with the website. These cookies help provide information on metrics the number of visitors, bounce rate, traffic source, etc.
Advertisement
Advertisement cookies are used to provide visitors with relevant ads and marketing campaigns. These cookies track visitors across websites and collect information to provide customized ads.
Others
Other uncategorized cookies are those that are being analyzed and have not been classified into a category as yet.
SAVE & ACCEPT